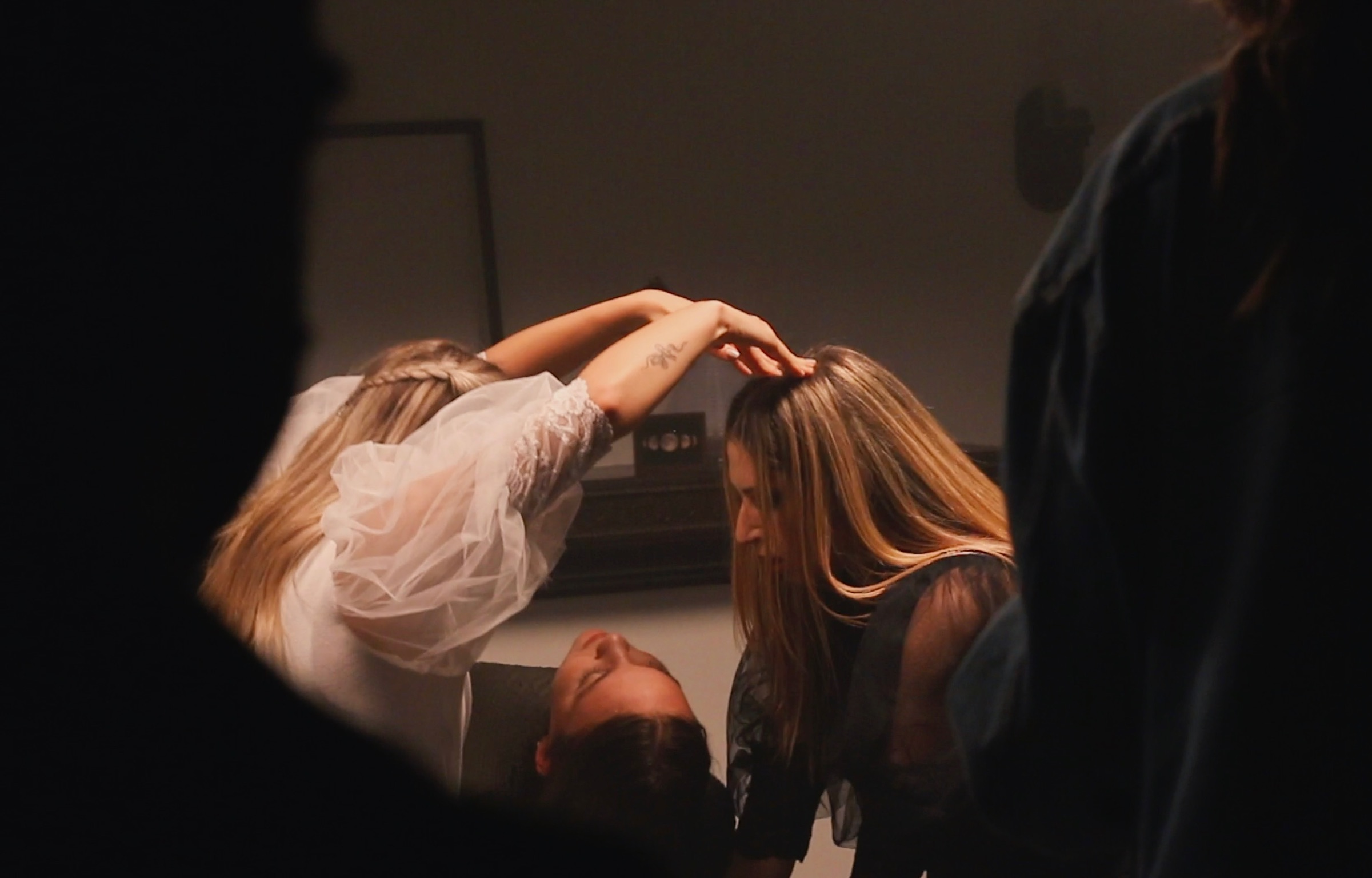 The second tab in this section provides access to the Press Release issued on October, 19th 2021. In ‘Supplemental Quotes’  journalists can find Haley’s answers to these questions:

Scroll down this page to find:

Last Friday, recently graduated director, Haley Johnson, released her thesis film 12:34, featuring rising music artist, Ritt Momney’s, (If) the Book Doesn’t Sell. After a series of unfortunate events, Haley was left with only two weeks to take her film from the drawing board to the screening room, or she would be left behind to watch her classmates graduate without her. She and her crew organized the film in only five days, and had it ready to screen at the premiere event with only hours to spare; a feat only made possible by passion, persistence, but also, quickly secured funding.

Sure, you can have esteemed film education and extensive experience in the industry; but money is what truly takes a film from start to end. What the next generation of independent artists should know, cryptocurrency is the next option for those who dread trying to scrape together money for their next project. Ravencoin (RVN), is a peer-to-peer blockchain that handles the efficient creation and transfer of assets from one party to another. In other words, a new form of crowdfunding that uses rewards incentives in the form of non-fungible tokens that interested contributors can purchase in exchange for funds towards the film.

NFTs pave the way for decentralized media distribution. Certificates of authenticity for physical memorabilia, and tokens that represent a limited partnership, or royalty sharing, allow the funder to not only donate to the project but, also collect ultra-rare content that they can use for monetary gain in the future. In the case of Haley’s film, top donors received scripts signed by both herself and Jack Rutter (Ritt Momney), complete with a photo of Haley and Jack featuring the signed memorabilia that was minted as an NFT to prove its authenticity.

Cryptocurrency has made it possible to worry less about where the money will come from, and instead focus on the artistry of the project. The film 12:34 is an exploration of the human mind and how when we start to take responsibility for our choices we can create our own reality. The project’s logline, “A heartbroken young woman explores the depths of her subconscious through a sobering encounter with God and the Devil.” The themes of loss and acceptance flow elegantly throughout the film and leave the audience wondering what’s next for this young actor/director.

[See http://haleynjohnson.com/press-kit/ for cast/crew bios, supplemental quotes, additional information on 12:34’s use of NFTs and how journalists can claim one for research purposes.
Watch 12:34 at https://youtu.be/9yqZAccfhBM]

What made you turn to crypto to fund your film? How did you do it?
At the time I had less than a week to fund the project and was working paycheck to paycheck as a production assistant. I tried the traditional crowdfunding campaign, but it gave us about a quarter of what we needed to actually make the project. Family and friends then made me aware of the value of NFTs and some quick networking made it possible for me to offer signed scripts and in exchange for funding. Our time constraint actually prevented many people from donating because at that point we had already raised all that we needed.

Why did you choose the song (If) the Book Doesn’t Sell?
The first time I had ever heard this song I immediately looked for the music video. The song itself was such a compelling script in itself and I figured there had to be some insane music video to go with it. To my surprise, there was just the official audio and some small fan-made material but I still wanted more. The song spoke to me so deeply that I knew I couldn’t make anything else until I made that music video.

Why was it important for you to have an all-female crew?
Due to the heavily emotional nature of the project, curating the perfect set environment was one of my top priorities. I wanted to create a space in which everyone felt like their ideas could flourish and true collaboration could happen. Additionally, I am a big believer in giving back to the people who help you so I made sure we prioritized education when possible. Most department heads were seasoned professionals and under them were bright young women eager to learn a new skill. The majority of the crew members were dancers and for some of them was the first set they had ever worked on.

How To Claim Your NFT

Typical cryptocurrency coins or tokens are fungible, meaning you can trade one for another. One bitcoin is the same as another. However, Non-Fungible Tokens (NFTs) are unique items “minted” on a blockchain.

NFTs are much more than the pixelated images being peddled by Social Media Influencers and Digital Artists. When properly implemented, NFTs can provide creators better control of how their digital media is distributed. Soon, musicians and filmmakers will be able to publish their work with it only being accessible to token holders. Similar to buying a movie on Amazon Prime to watch as often as you want, an NFT access token gives you the ability to transfer ownership. For those that can remember, it will be the modern-day equivalent of giving away or selling unwanted CDs or VHS tapes.

What do NFTs have to do with the 12:34 Music Video?
Although this video is publicly available for all to watch on YouTube, this film utilizes other use cases for NFTs. The bulk of the $7000 received from donors, was in RAVENCOIN which was quickly converted to cold hard cash. Additionally, all donors will receive unique behind-the-scenes images minted on the RAVENCOIN block-chain. Think of them as the modern-day version of signed photos. A few big donors will get physical copies of the script signed in ink by both the Director & Musical artist. In this case the associated NFTs act as Certificates of Authenticity (COA). In the future people may demand an NFT/COA be transferred when purchasing Memorabilia. The guys on Pawn Stars no longer need to call in an expert.

Ravencoin (RVN), is a true open source peer-to-peer block chain. It is fully compliant under U.S. Securities and Exchange Commission laws in effect created in the aftermath of the Wall Street Crash of 1929. Many of the popular cryptocurrencies are learning the hardway they are in violation of these laws put in place to protect U.S. citizens against market manipulation. The Ravencoin blockchain is also superior when it comes to the efficient creation and transfer of assets from one party to another. Best of all it is far less expensive than platforms like Ethereum.

A limited number of NFTs will be issued to:

No experience with cryptocurrencies needed. Claim your NFT with three steps:

Is my new NFT worth anything?
There is a value in showing it off to your friends and being able to demonstrate what all the NFT buzz is about. Just like autographs of filmmakers and musical artists from their early days, your NFT could also raise in monetary value.

Not sure if you want to wait? Then take advantage of the current seller's market and sell your NFT on one of the sites linked below. We won’t be offended, in fact, we are looking forward to your participation in the next project. Who knows what great films will be made when Hollywood Moguls have to compete with the power of the people?

1. Get An ‘Asset Aware’ RVN Wallet 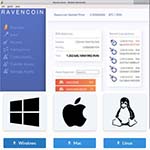 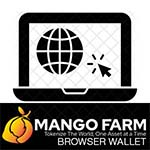 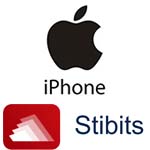 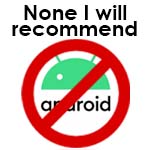 2. Send Us Your RVN Wallet Address

3. Enjoy Your Collectible Or Sell On The Secondary Market